Solution cannot be loaded because .NET Framework 3.5 is not installed

“The following solution cannot be loaded because the .NET Framework 5.5 is not installed Merlin.vsto” when opening Excel after installation. 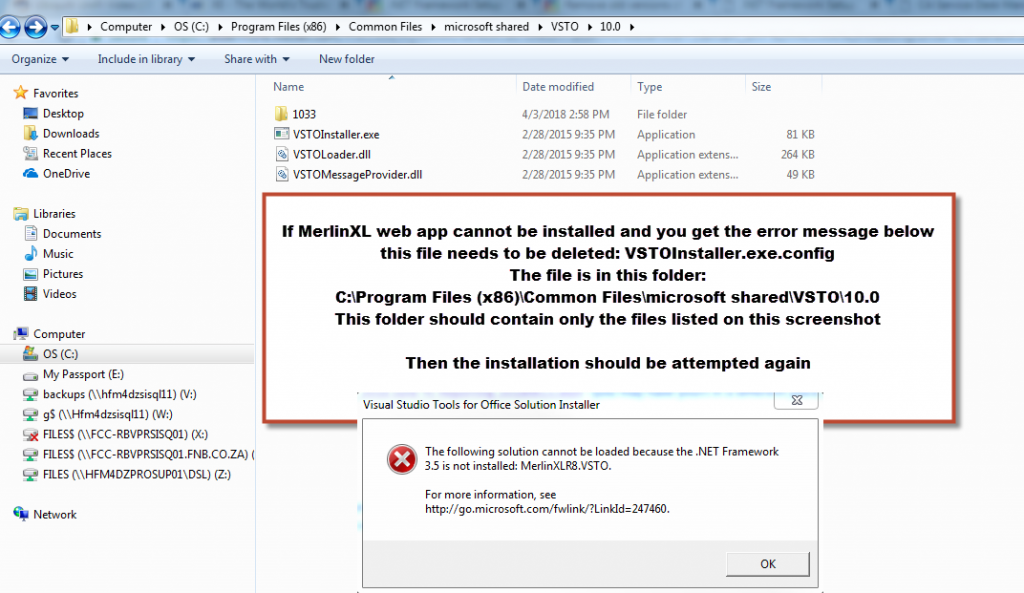 Old and out of date .NET version on the the client pc.
Old or out of date VSTO office runtime
The Security Certificated from Thawte used to sign the code was created using .NET4.5 which uses a new security algorithm. Unfortunately this algorithm is not support by older versions of .NET !!

Ensure .NET 4.5 is installed on the pc
Download and install VSTO office runtime from here

The following Microsoft Office solution cannot be installed due to a general installer error:

Ensure the Application log Property Overwrite as required is checked

The .NET Framework 4.5.2 is not installed

Strong name signature not valid for this assembly stdole.dll

When installing the vsto addin it fails with the following error
Strong name signature not valid for this assembly stdole.dll 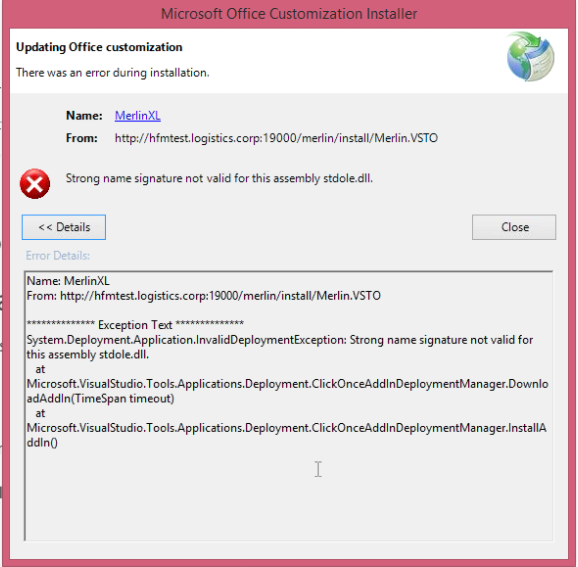 Developers: Choose a pfx file that does not have a password and republish

The value of the property ‘type’ cannot be parsed”

During the vsto installation you receive this error message

A corrupted or out of date VSTOInstaller.exe.config file

This file is located in

Then try the installation again

The referenced assembly is not installed on your system

During installation of the VSTO you receive this error message

The referenced assembly is not installed on your system (Exception from HRESULT:

Possibly a Corrupt App store in your personal profile

Rename the 2.0 folder at this location and try again

Downloading file///…….MerlinXL.dll.manifest did not succeed

There was an error during installation

Downloading file:///………..MerlinXL.dll.manifest did not succeed 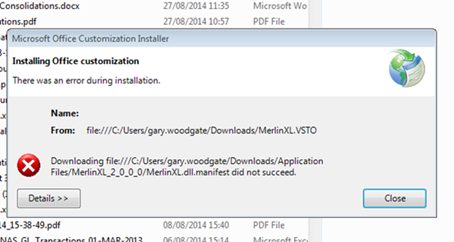 1. You tried to install from a browser other than Internet Explorer/Edge (Microsoft !)

2. You saved the link to your pc first  rather than clicking on the link in the webpage  to install.

Specified argument was out of the range of valid values

Error when installing the VSTO

Specified argument was out of the range of valid values.

..application with the same identity is already installed 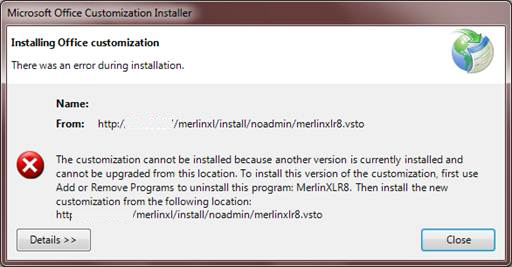 The Microsoft Office Error suggests using Add or Remove programs in the Control Panel, but typically this will already have been done.
This error is probably caused by the Add/Remove Programs operation not removing the items from the registry correctly.

There is already a version of MerlinXL installed

Usually a MerlinXL COM addin will automatically update itself is a new version of the addin is placed on the same server that the addin was originally installed from.

Check whether the COM addin is enabled

In Excel check to see if the Merlin tab appears in the Excel ribbon.

If it does and you wish to upgrade then goto the De-install MerlinXL section below, otherwise

In the list of available COM-Addins check the MerlinXL option, then select OK

If MerlinXL exists, uninstall it by selecting it in the list and then selecting the Uninstall option.

If it is not there, a previous installation did not uninstall correctly so you need to clear a registry setting.

Open the registry (you will need to have local admin rights)
Locate:
HKEY_CURRENT_USER\Software\Microsoft\VSTA\Solutions
Delete the registry entries {GUID} relating to MerlinXL
(note it is VSTA not VSTO for some reason)

Deployment and Application do not have matching security zones

When clicking on the vsto install link 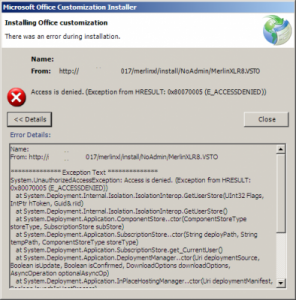 2. Locate the file UsrClass.dat  in C:\Documents and Settings\user\Local Settings\Application Data\Microsoft\Windows

3. Rename the file UsrClass.dat to UsrClassOld.dat (effectively deleting but with a backup)

There was an error during installation – Location is not trusted

The location of the MerlinXL webservice needs to be added to the trusted locations of your browser. 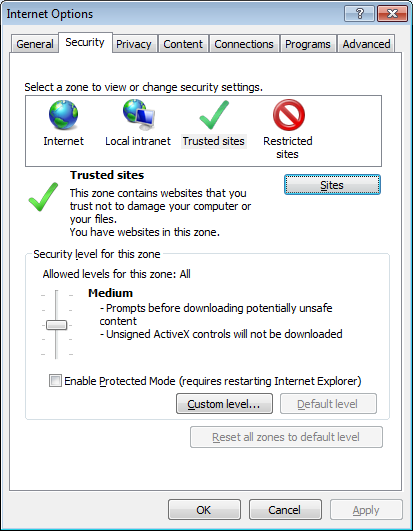 5. Enter the location of your webserver 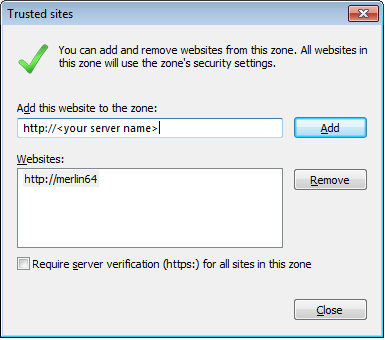 6. Select Add and then Close

Solution 2. If Solution 1 does not resolve the issue

1. Download the setup.exe file – add /install/setup.exe to the url of the install page
2. Right-click on the setup.exe in file explorer, and select Properties
3. In the Digital Signatures tab select the MerlinXL Ltd Signature
4. Select Details
5. Select View Certificate
6. Select Install Certificate
7. Select Current User then Next
8. Select the option: Place all certificates in the following store, then Browse
9. Select the Trusted Publishers store location, then OK
10. Select Next
11. Restart the browser (Edge or Explorer) and retry in the installation

Applies to versions of MerlinXL designed to run on Excel 2003.

When opening older versions of MerlinXL  in a 64 bit OS you see the error message:

This error is generally caused by an out of date version of MSCOMCTL.OCX

This file can be found in C:\Windows\SysWOW64

File dates before June 2012 are out of date and should be updated:

Excel 2007 or earlier is no longer supported

Upgrade the version of MerlinXL to v2

1. Locate a pc in your organisation that does have an up-to-date  version of the OCX file:

C:\Windows\SysWOW64\MSCOMCTL.OCX dated on or after June 2012.

2. Copy this file and transfer it to the desktop of the affected pc

3. On the affected pc ensure Excel is closed and open CMD.exe (Run as administrator)

5. In File Explorer rename the file to  C:\Windows\SysWOW64\MSCOMCTL.OCX.OLD

6. Copy the new ocx file from the desktop to the C:\Windows\SysWOW64 folder

7. In the cmd window reregister the ocx file with:

Open MerlinXL and check that the problem is resolved.

If you receive the error message:

There have been 2 Microsoft Security updates that have caused problems with Excel.

The steps we have found to fix the problems casued by these Security Updates are:

Ensure Excel is closed before steps 2 & 3

If this does not fix the issue please contact support@merlinxl.com

Cannot run the macro C:\…..! CellMenuDrillAction when I right-click in a report

Could not load an object because it is not available on this machine.

This error is as a result of Microsoft security update MS27-027 released May 2012.

Unfortunately this update does not correctly update certain Office dll files, mainly MSCOMCTL.OCX which is used by Excel to display controls on the forms, for example the treeview control used to display the list of Entities.

Delete all *.exd files on the C:\Drive

If this does not fix the issue please contact  support@merlinxl.com

The error may also say This Module instead of frmTreeView

This is related to the Microsoft Security Update MS12-027.

Depending on your operating system this may be

Check to see if this has fixed the issue.

If not upgrade to the latest version of the Report Wizard/ Data Wizard. 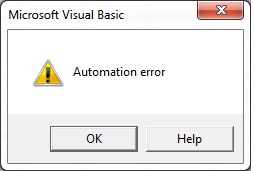 This update has caused a problem with an Office dll file  MSCOMCTL.OCX used by Excel to display controls in forms.

If this does not work you may have to roll-back to an earlier version of the MSCOMCTL.OCX file. Please follow the steps outlined here:

If this still does fix the solution please contact support@merlinxl.com

Number format not displaying as expected

In Excel check File | Options | Advanced and ensure the option “Use system separators” is checked.

The numbers in the MerlinXL reports are not displayed in the expected format.

In Excel check  File | Options | Advanced  and ensure  the option “Use system separators” is checked.

Dimension Treeview does not display all dimensions in Excel

Symptoms
In Excel when displaying the metadata treeview some of the dimensions do not display correctly.

Cause
Incompatible language settings.
Some languages (Turkish for example) are incompatible with the metadata xml file and prevent it from being read correctly.

Solution
In Control Panel, Region Settings change the Regional format to English (UK or US).
You may need to reboot the pc or at least restart Excel.

Merlin tab not appearing in Excel

After MerlinXL is installed the Merlin tab does not appear in Excel.

If you change the Trust Center setting you may need to uninstall MerlinXL in Control Panel | Programs and Features, then reinstall

You should also close Excel and reopen

The MerlinXL forms do not display completely

The PC Display zoom is set to more than 100%

In older versions of MerlinXL the forms do not resize correctly

Consider upgrading to the latest version of MerlinXL

The vsto is only automatically updated from the server from which it was originally installed.

If it has not updated when the server is updated with a newer version of MerlinXL it could be because of one of two reasons:
1. The vsto was not installed from the server that has been upgraded.
2. The vsto is not set to update everytime Excel is opened.

To manually update the vsto:
1. Open Control Panel
2. Open Uninstall a Program
3. Locate the MerlinXL application
4. In the bottom of the panel see the “Update Information”

If it is the server listed in the Update Information is the one that has been updated, click on the link to update the vsto from the server
If the Update Information is pointing to a different server, Uninstall the Vsto using the Uninstall button
Open Internet Explorer and enter the Merlin url to the updated server
Install the vsto from the updated server